While Vancouver is an amazing city to live in, there’s nowhere on the planet that’s absolutely perfect. Vancouver sure might be close to being that perfect city, but there’s always plenty to keep in mind when considering a big move. From the cost of living to the job market, deciding if somewhere is right for you should never be viewed as an easy task.

As you begin your look at Vancouver homes for sale, make sure to keep these pros and cons in mind to ensure whichever decisions you are considering is both the right choice for you today and for the life you’d like to have years from now.

There’s a rumor that Canada is all cold weather all the time, and while there might be some truth there for certain parts of the country, that’s obviously not the case everywhere. With Vancouver in particular, the city has some of the best weather in the country as things are mild for most days. That’s purely a pro in the books of most, except the few that want either end of extreme weather.

The same goes for the snow. During the average year, you’ll barely see any in Vancouver itself and if you do, it’s not going to stick around for long. If you drive just a few hours away, there’s plenty of snowboarding to be had in the Rockies but you won’t see much in the city itself. What’s a better thing than having snow close by but only when you are craving it?

The city itself is amazing but what’s even better (for many) is the nature that’s right around the corner. You have the Pacific Ocean right there as well as the Rockies nearby meaning that however you love to spend time outside, odds are very high you won’t have to travel far for your favorite activity. Even in just your day-to-day travels, you’ll see amazing sights of the mountains.

Having nature around might only seem like another pro, but if you aren’t someone who loves to spend their free time outside, things might start to feel a little stale. It’s a major selling point of the city, so it might be a little rough finding friends if you aren’t interested in hiking trips or days at the beach.

As mentioned, many people move to the city for its proximity to nature, so even if you aren’t interested in taking advantage of that, you are still going to be paying for it in terms of rent and housing prices. In general, living in the city can be more expensive than you might think. If you are seeing the average salaries getting thrown around,  you might be shocked at what people are making but keep in mind what they are paying to live there. But, you can always save on rent by finding a roommate in Vancouver

Real estate costs will only get worse as the population is going up year after year. Without housing being built to match the increased population, that makes for the obvious skyrocketing of prices. 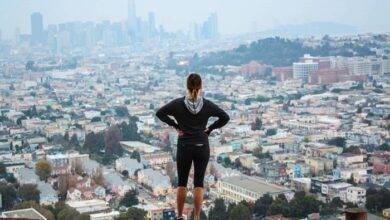 3 Ways to Utilize Your Home Equity for Financial Gain